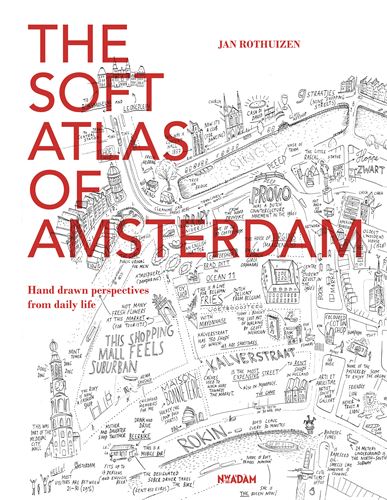 The Soft Atlas of Amsterdam

Artist Jan Rothuizen has walked in cities around the world. And wherever he wanders, he notes down what he sees, thinks and feels. The result is a series of maps, a part drawn, part written reproduction of what he finds on the way, and of what he and others experience by the various places. This book features famous places in Amsterdam, such as the Anne Frank House and the Rijksmuseum, as well as less familiar corners of the city: a houseboat, the city’s most expensive hotel room and a coffee shop. The Soft Atlas of Amsterdam is a uniquely original and charming guide to a thoroughly diverse city.
Jan Rothuizen (b. 1968) is an artist whose work has been exhibited in galleries in the Netherlands and abroad, such as Townhouse in Cairo, De Appel Arts Centre, the Stedelijk Museum in Amsterdam and the New Museum in New York. His work appears each month in de Volkskrant, a major Dutch newspaper, and he draws museum plans for Amsterdam’s Rijksmuseum. 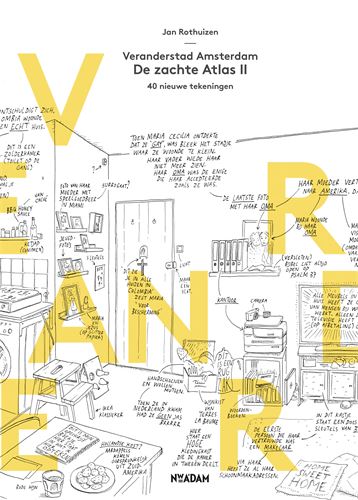 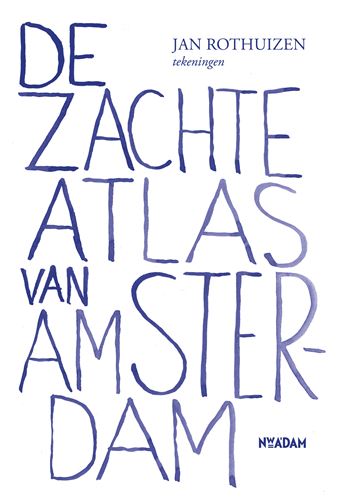